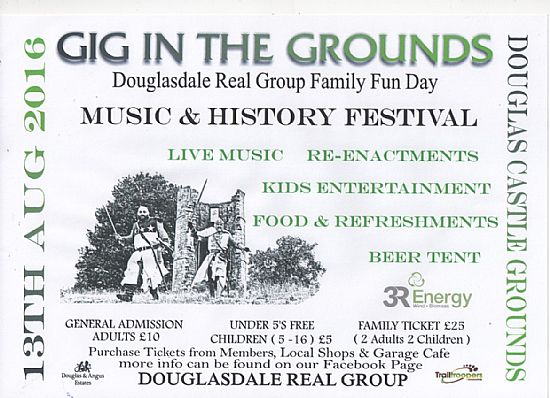 The group and its website have been set up as a focal point for discussion of aims, ideas and opportunities to enable the progression of recreation, environmental, access and leisure facilities in the Douglas Valley, South Lanarkshire, Scotland.

The group welcomes comments, help and ideas on any projects, how improve our valley and evolve the website.

Many Thanks, Douglasdale Real Group 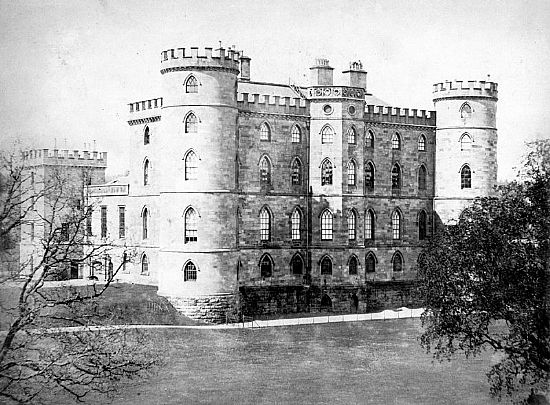 Visit our Historic Douglas page for old postcards and photos of Douglas and Douglasdale. Click on image to view photo album. Please leave an entry in the guestbook before you go.

Douglas Castle was a stronghold of the Douglas family from medieval times to the 20th century.

The first castle, erected in the 13th century, was destroyed and replaced several times until the 18th century when a large mansion house was built in its place. This too was demolished in 1938, and today only a single corner tower of the 17th-century castle remains. The castle was the former family seat of the Prime Minister, Alec Douglas-Home. The castle was located around 1 kilometre (0.62 mi) north-east of the village of Douglas, South Lanarkshire, in south-west Scotland.

The remains are protected as a category C listed building.

The Douglas family built the first Douglas Castle, which was constructed of either wood or stone, sometime before 1288. In 1307, during the Wars of Scottish Independence the castle was captured and garrisoned by the English under Lord Clifford. Sir James Douglas, companion of Robert the Bruce successfully recaptured his family seat by storming the castle on Palm Sunday, while the garrison were at chapel. he had the garrison killed and thrown into a cellar, before the structure was burned.

The event has become known as "Douglas' larder".

Robert the Bruce rewarded the loyalty of the Douglases, and Sir James' heirs were created Earls of Douglas. Douglas Castle was rebuilt as one of their strongholds, but by the 15th century, the power of the "Black" Douglases had come to threaten the Stewart monarchy. In 1455 James II led an expedition against the rebellious 9th Earl, defeating his forces at the battle of Arkinholm. Douglas Castle was sacked and the family's lands and titles forfeited.

The "Red" Douglases, Earls of Angus, had sided with the king against the senior branch of their family, and it was they who gained the Douglas lands in Lanarkshire. It is likely that the castle was rebuilt soon after 1455. Regent Morton came to Douglasdale in June 1574 to survey the house of the Earl of Angus with a view to repairing it and living there.

In 1703, Archibald Douglas, 3rd Marquess of Douglas was created Duke of Douglas, with his principal seat at Douglas Castle. The castle was again rebuilt around this time, as a tower house and an enclosed courtyard with a corner tower. This castle was destroyed by fire in 1755, with the exception of the corner tower.

From 1757, the Duke began construction of an enormous castellated mansion at Douglas.

The architects of this, the final Douglas Castle, were the Adam Brothers. Had it been completed the castle would have been the largest in Scotland. As it was the Duke of Douglas died in 1761, and only around half of the original design was ever completed. The five storey building had round towers to the front and square towers to the rear facade, and stood in a very extensive park spanning the valley of the Douglas Water. The Duke's estate became the subject of a famous and bitter legal dispute, known as the 'Douglas Cause', between his nephew Archibald Douglas, 1st Baron Douglas and the Duke of Hamilton. Lord Douglas was eventually victorious, and the castle descended through him to the Earls of Home. In the 1930s Charles Douglas-Home, 13th Earl of Home allowed the mining of coal in the park adjacent to the castle, in an attempt to relieve desperate levels of local unemployment.

Sadly, the mining caused dangerous subsidence to the castle and it had to be demolished in 1938.

Today, only a ruined corner tower of the penultimate castle remains, built in the late 17th century. Three storeys and 9m in height, the tower once stood at the corner of an enclosure, estimated at around 40m across. The tower stands on a prominent rise in the valley, to the south of the river, and was retained as a garden folly when the later mansion was built. Below is a small cellar block with glazed tiles on the interior walls. Nothing visible remains of the mansion.

Sir Walter Scott used the location and early history of Castle Douglas as the inspiration for his novel Castle Dangerous, and is sometimes referred to by this alternative name. 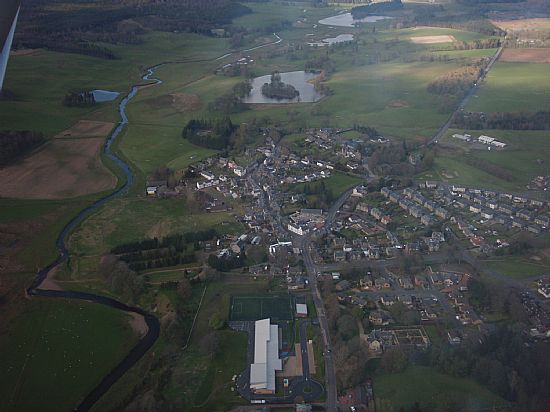 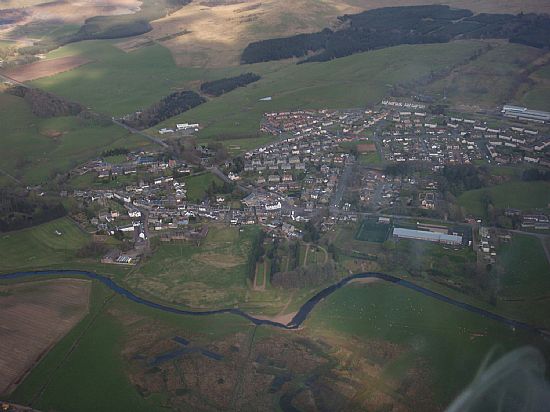 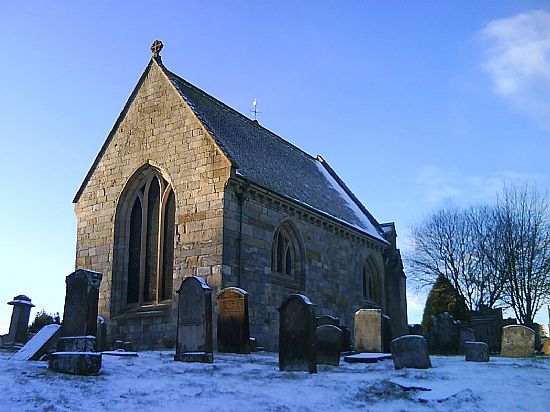 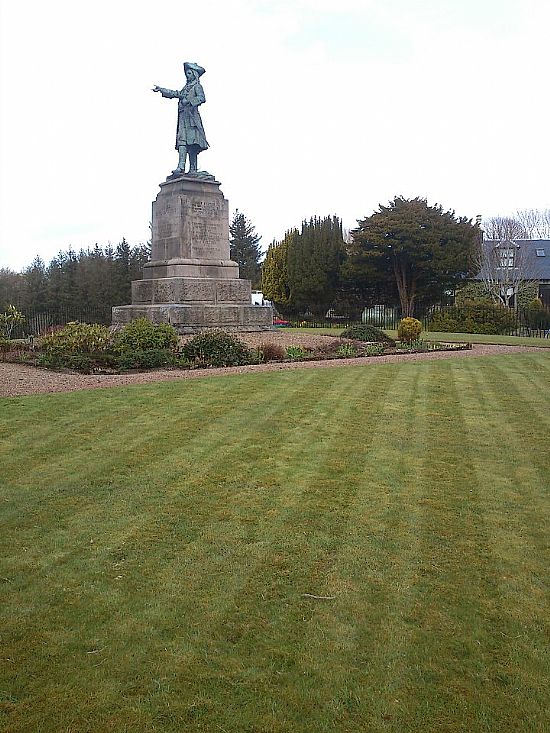 Click on Fix My Street to Report, view, or discuss local problems

Kenneth Sludden's A History of Football in Douglasdale website link