The Douglas Paigie Walk celebrations are getting ever bigger, with 68 guys making their way up the hill on a milder than usual Jan 2nd, to partake of the invigorating Paigie Spring elixir. The handful of worthies who started it all off would not have envisaged how it has developed and grown.  First timers included brothers Robert and David Hastings, adding to the growing Hastings clan; new dad Shulf McMillan Jr; and a number of other friends and relations of the regular Paigie contingent.
Frazer did a great job with the Paigie Toast, and managed to get the large crowd together for a rousing version of the Paigie Water Song. Eddie would have been pleased.
As he always does, Buff got the biggest cheer of the day for his party piece and Goldie started the feet tapping and voices singing with a number of old favourites.
Colin Graham couldn’t make it this year but Frazer did the Miners Song proud in his absence
The younger pilgrims, including Charlie, Kenny and Dom brought the hill to life with their guitars and songs. Kenny performed his new song for the event, ‘Drammin on Paigie Day’. It went down a storm and is already being listened to on a regular basis via Facebook- great stuff Kenny.
Martin Smith then got a piece of the action and had the guys rocking with some popular songs and gutsy guitar playing, and Robert Flowerdew, with his anecdotes, brought much amusement to the assembled crowd.
Time flew past, with much reminiscing, as boyhood exploits were recounted, and tales grew ever more fantastic. Fish that were caught in the Douglas Water grew from 6 inches to 3 feet; the farmer’s dogs chasing boys out of corn and turnip fields were all large fearsome beasts; gang huts were the size of castles; and goals scored were all in the Roy of the Rovers category.
At the dimming of the day, a happy band of revellers helped each other down the hillside, hopefully returning next year, to once again to put the world to rights, to share a few hours with their friends and relations, and maybe this time, to be the best fitba player, the best fisher, or more probably, the best storyteller on Paigie Hill.        K. S. 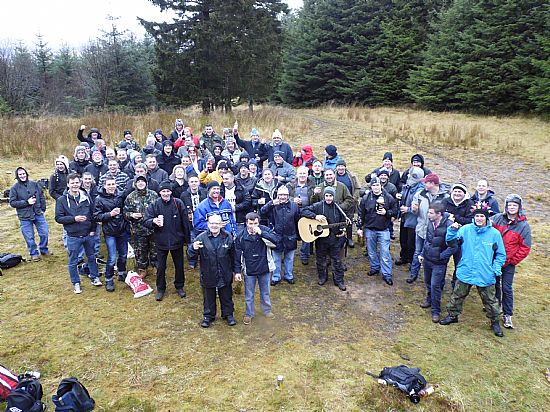 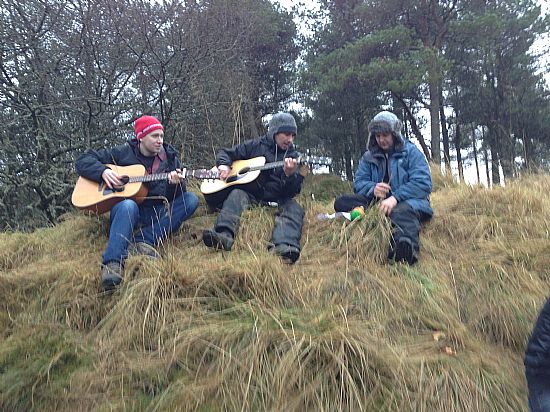 External Link
Back to Top